Thanks to recent advancement of vehicular technology, unmanned aerial vehicles(UAVs), also called drones, have become one of the most promising technologies to contribute to people’s future daily life. Drones can be utilized for various applications, such as video monitoring, surveillance, delivering items, rescue operation and so on，among which the super-high-resolution video monitoring using drone footage is especially attracting the most attention.

The real-time transmission is required in many application scenarios, such as live sports broadcast and monitoring. In common video transmission schemes, the encoding and decoding is employed duo to the limited bandwidth, but this process also causes large transmission delay. Therefore, to address it, we proposed the super-high-resolution uncompressed video transmission from drones using 60GHz band, as is shown in Fig. 1. Delay time is shortened by omitting the encode and decode. Also, capacity data like super definition uncompressed video data. 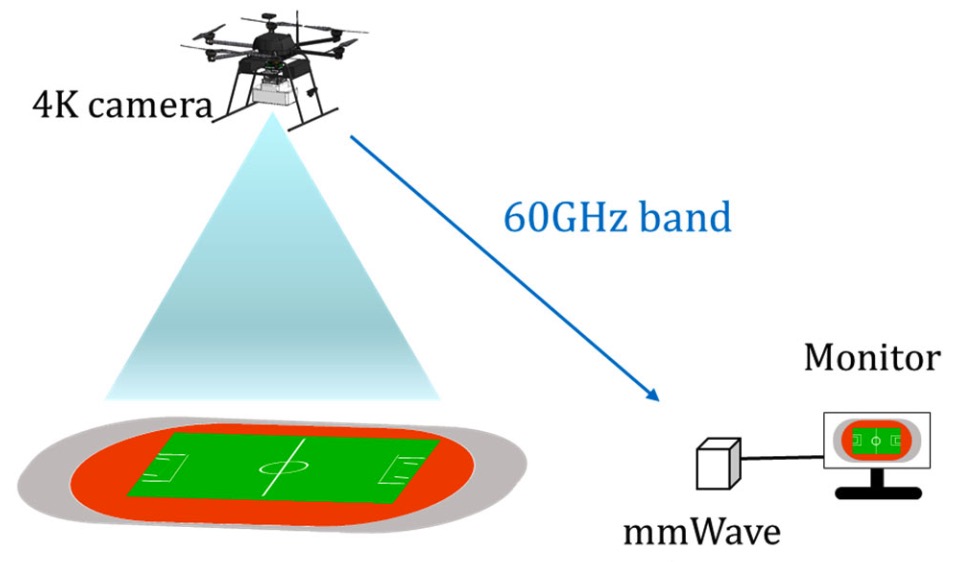 Figure 2 shows the drone which is flying and transmitting the capturing video through 60GHz mmWave communication. Figure 3 shows the configuration of the drone equipped with the mmWave antenna and a mechanical rotator in the outdoor experiment. In the outdoor experiment, we flew the drone perpendicularly to ground station and transmitted
the uncompressed 4K video. Figure 4 shows the drone footage view from the air. We succeeded in transmitting real-time uncompressed 4K video up to 100m in the sky. 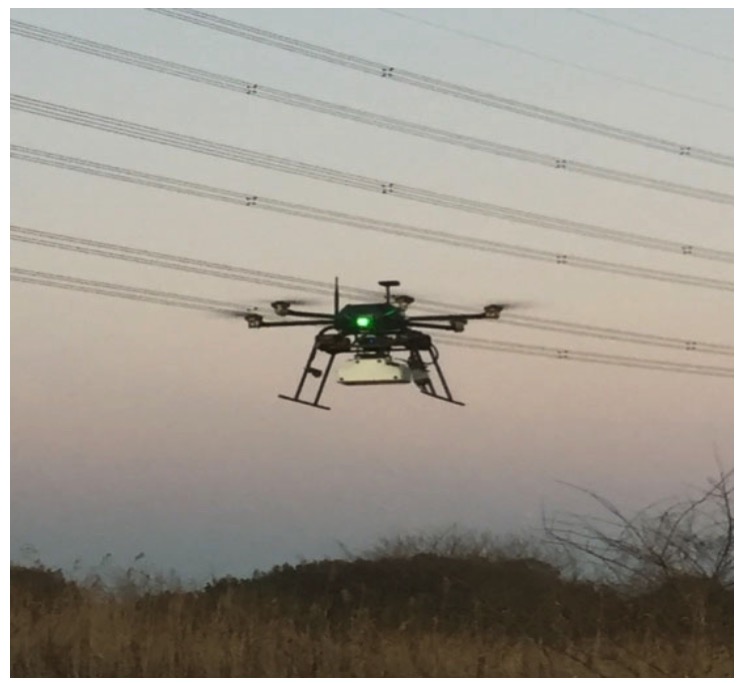 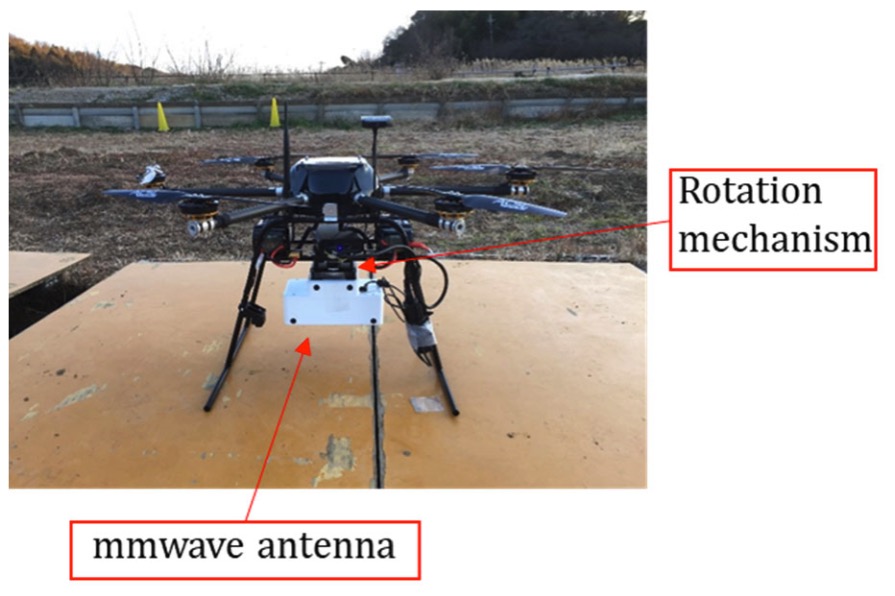 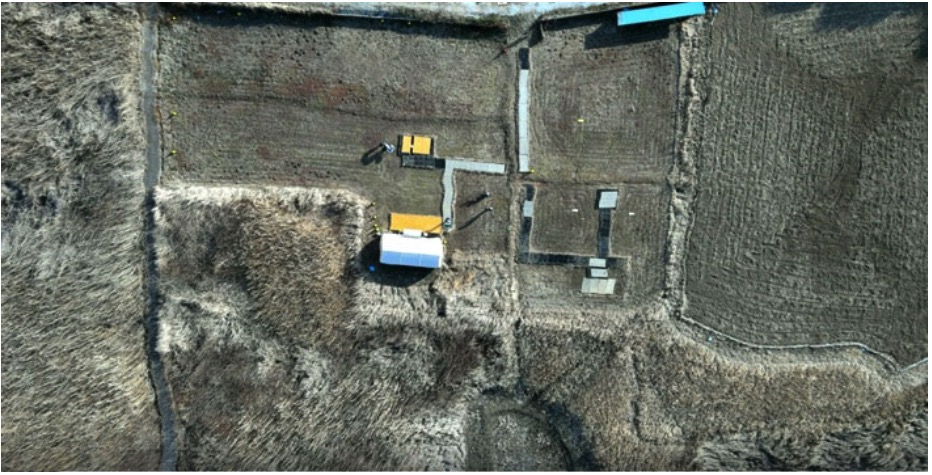